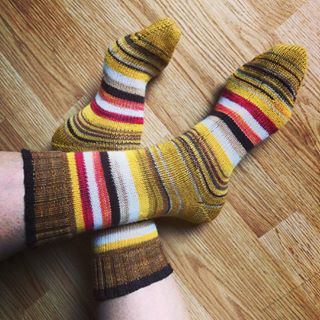 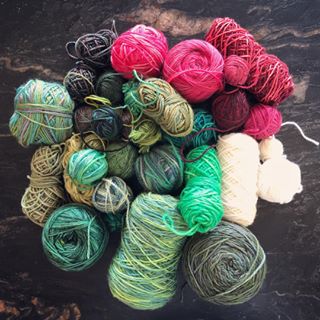 Last week I finished my Test Knit Socks, and now the pattern has been published... introducing Crossbuck Socks!

This week I finished my Autumn themed Monster Socks for the Instagram KAL #monstersockkal2018. When I started with these socks I wasn't really sure about the colours individually or in combination, but adding bright contrasting stripes has done the trick so I'm happy with them now that they're done. There's something so satisfying about using up scraps. Most of the yarns used came from scraps that were 50 grams or less. And at least three of the yarns were entirely used up with these socks. I love that!

As I mentioned last week, I was inspired by @danaraeknits' Christmas themed Monster Socks in greens and reds so I've dug through my scraps and pulled out some likely looking yarns. If you are thinking Wow, that's a lot of yarn... way more than needed for one pair of scrappy socks, you are entirely right. By weight there's enough there for about a half dozen socks, but I'm not much of one for repeating the same pattern so let's just plan on one pair for now. For these socks I'm going to use the pattern Stash Buster Spiral Socks. My plan is to cast on today and hopefully get through the cuff and into the leg patterning.
The KAL continues until October 31st.  Just pick your scraps or minis and post with the hashtag #monstersockkal2018. That's all there is to it!

My Nain remain ignored for now. Tomorrow morning I'll be selecting and opening another bag for my 2018 Paper Bag Project. That and the Christmas Monster socks will share priority for the next couple of weeks. Poor Nain!

Posted by Minding My Own Stitches at 12:03 PM 9 comments: 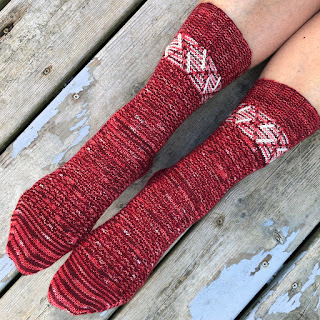 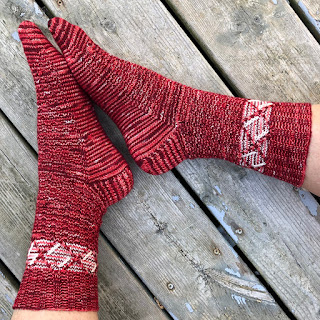 My top priority for last week was to finish my Test Knit Socks, and happily they were finished a few days before the testing period ended. I expect that the pattern will be updated and published later this week; I'll provide a link once it's "live". In the meantime I can share my finished photos. There is an interesting leg chart with slipped stitch cables in two colours and then the rest is a waffle stitch rib which makes for a very nicely fitting sock.  I'm quite happy with how they turned out, although the variegated red is a bit loud! My second priority - my Instagram KAL #monstersockkal2018. - also saw some progress. My first sock is done and I'm approaching the heel section on the second sock. Completing this pair will be my main focus for the coming week. Fortunately most of the colour changes were effected using Russian joins so there aren't many ends to weave in.

While scrolling through projects from other participants on Instagram, I came across a "Christmas" pair in greens and reds from @danaraeknits. I love this idea, so I might just make a Christmas pair of my own after this "Autumn" pair are done. If you're on instagram you're welcome to join up. The KAL continues until October 31st.  Just pick your scraps or minis and post with the hashtag #monstersockkal2018. That's all there is to it!

My Nain socks have once again been completely ignored. I'm starting to feel guilty so I hope to pay some attention to them in the coming week as well. We've shifted abruptly into fall weather so knitting wool socks rather than bamboo now holds more appeal. The Nain socks are definitely summer socks and not fall socks. Never mind though, they're pretty and they need to be finished!

And I can hardly believe that we're nearly to the end of September! Where does the time go? Come October 1st I'll be opening another bag for my 2018 Paper Bag Project. Any of the remaining three projects is more complicated than vanilla socks, so I'm looking forward to something a bit challenging.
2018 Paper Bag Project - September, October, November and December

Posted by Minding My Own Stitches at 5:12 PM 8 comments: 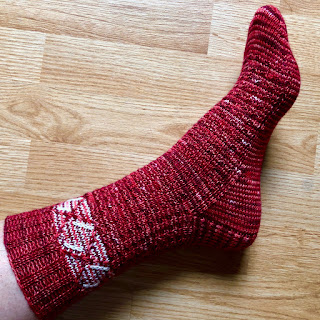 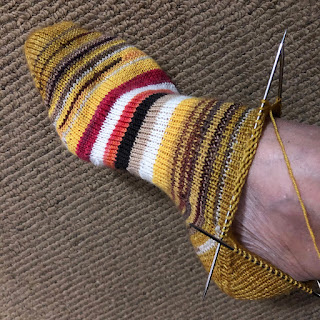 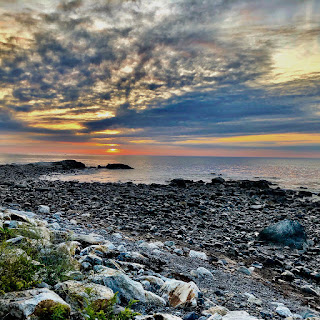 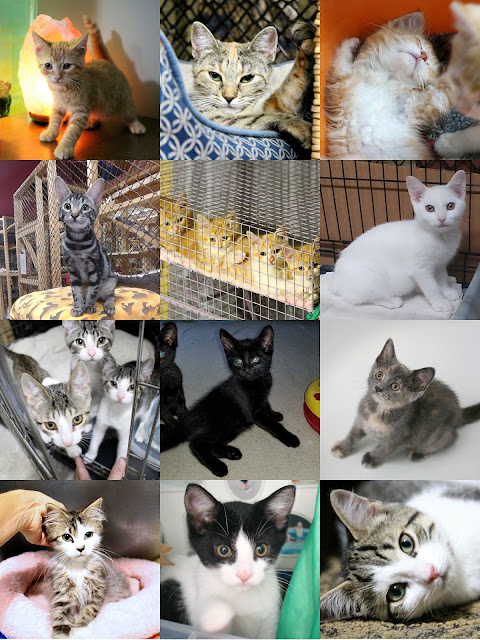 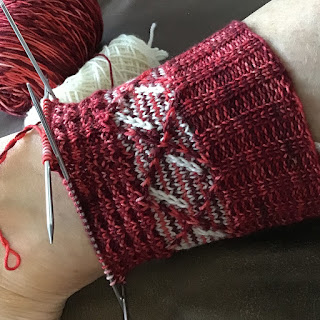 As planned on the first of September I pulled a paper bag for my 2018 Paper Bag Project and tore it open to find a caked skein of variegated red yarn - no surprise there. 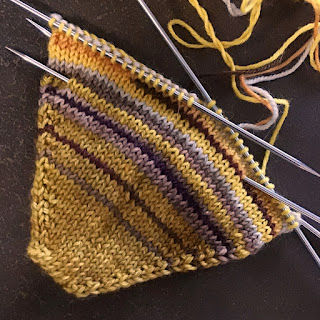 Without delay I cast on a test knit for a designer through The Testing Pool group on Ravelry. I've knit the cuff, the colour work/cable section that tops the leg and made a start on the waffle rib that comprises the balance of the sock. I had worried that the red would be too busy for the pattern, but I think it looks fine. The waffle rib is very simple making these socks ideal travel knitting for our road trip to New Hampshire next week. With any luck I'll have them completed by the end of next week. 10 hours there and 10 hours back in the car should give me plenty of knitting time. And nowadays the GPS takes care of the directions; I don't have to watch road signs and follow along with the map book.

On the spur of the moment I also signed up for an Instagram KAL #monstersockkal2018. I've cast on and made a start using a bunch of yellow/beige/brown/orange scraps from stash but I'm finding the combination very meh. So much for my vision of a subtle shifting autumn colour feel! Now I'm trying to decide what to do about it. This morning I pulled out some really bright orange, bright red and light natural scraps from stash with the idea that they will brighten it all up and break up the same-same yellowy-brown-ness. I'll knit another inch to introduce the new colours and then make a decision after that. If I still hate it then I'll rip it out and go with brightly coloured stripes instead. The KAL runs until Halloween (October 31st) so there's no rush.

If you're on instagram you're welcome to join up. Just pick your scraps or minis and post with the hashtag #monstersockkal2018. That's all there is to it!

My Nain socks weren't completely ignored either. I hope to finish sock one before we leave for our road trip on Tuesday morning. With a forecast of unending rain punctuated by the occasional thunderstorm I expect that lots of knitting will get done through the rest of this long weekend. Whatever happens Nain won't be coming along on the trip - it requires constant attention to the chart, and with all those yarn overs and twisted stitches I don't think it'd be very forgiving of any dropped stitches or errors from inattention. I'd better just leave that in my knitting basket until I get back!