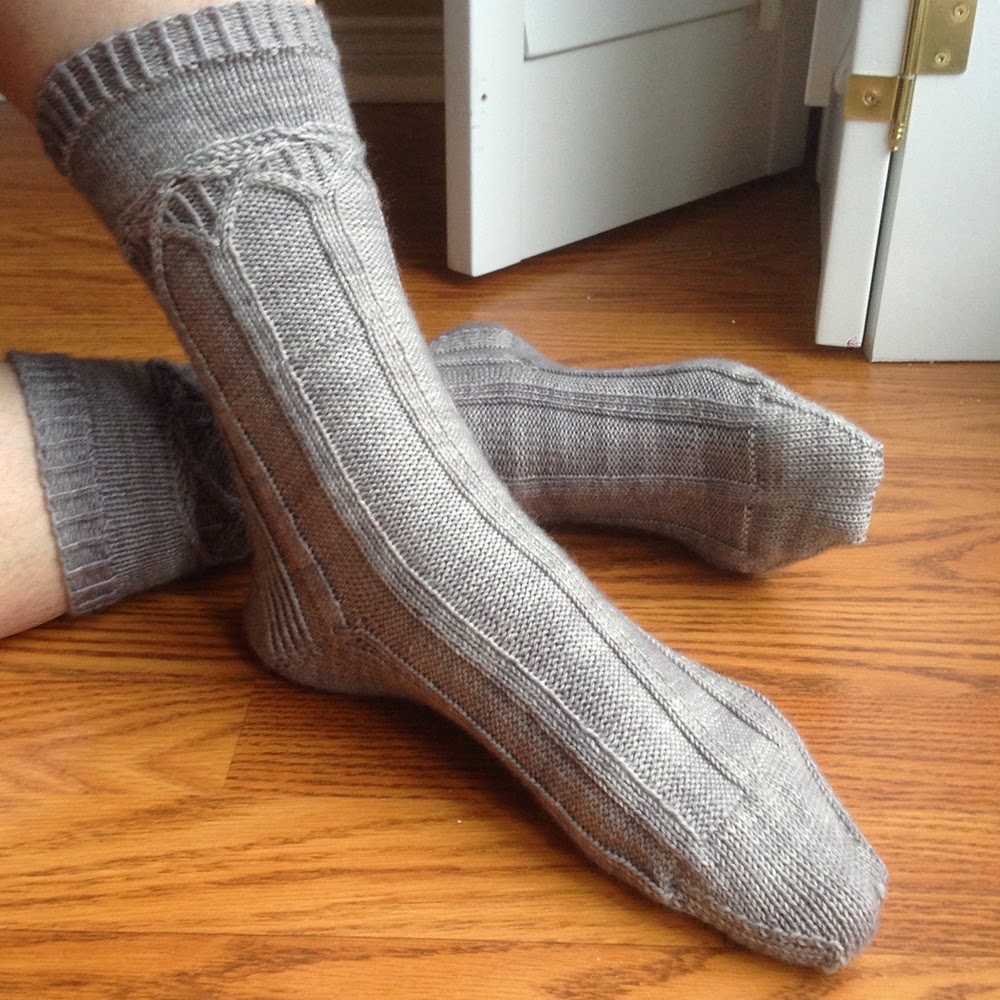 Once again that first Stalagmite sock was set aside for other projects. A sock arrived in the post on Monday for The Canadian Crazy Train so I put my racing helmet on and cast on its mate. The pattern is Iron Bridge by Anneh Fletcher - although it was designed for The Canadian Crazy Train it should be available to the public towards the end of March, if you're interested. 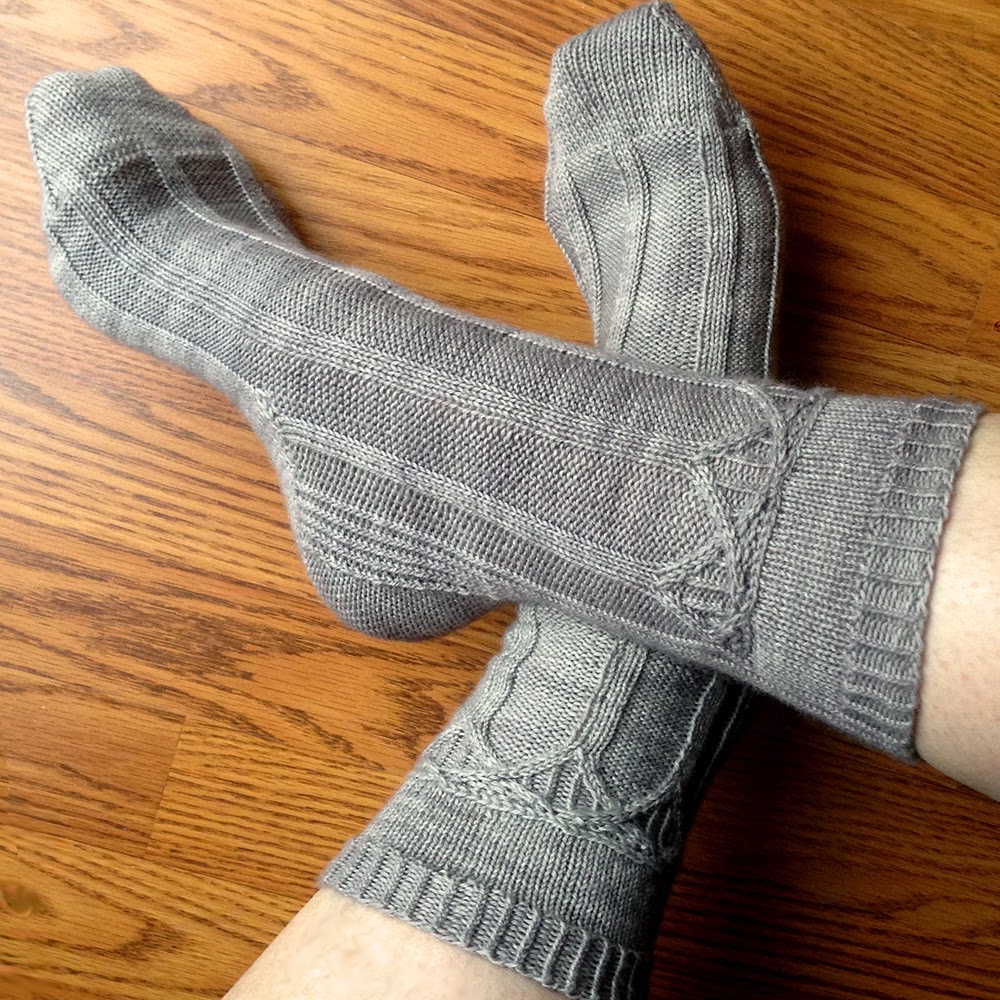 The first sock was knit by a fellow Raveler on my team and I'm astounded by how beautiful it is, especially when you consider that it's her first cuff down sock, first time doing cables and first go at Kitchener stitch! Well done!

The plan for this week is to finish the second Inlay sock for a Hunter Hammersen KAL over at the Sock Sampler group on Ravelry. And then depending on what arrives in the post I may get back to the Stalagmite sock before my final sock and yarn arrives for The Canadian Crazy Train.

Posted by Minding My Own Stitches at 2:32 PM 11 comments:

After 4+ weeks without a blog post you'd expect that I'd be further along on my first Stalagmite sock (a), but as soon as I reached the heel flap I put it aside to concentrate on Christmas knitting and other obligations. The good news is that the pattern is bold enough that it's not being overwhelmed by the variegation of the yarn. As soon as I clear the decks of everything else I'll get straight back to this!

b. A friend gifted me with three large bags full of yarn. Much of it I redistributed amongst the ladies of my knitting group and other friends, but there was a bag of Patons Chantal that was the perfect yarn for Susie Rogers' Reading Mitts. I made a pair for Linda, a pair for Lianne, another for Alexandra and one more set for Erin. That's been a very popular Christmas present!

c and d. I also promised Jane some fingerless gloves for Christmas however neither the yarn nor the pattern that I had made for others seemed suitable so I instead a made Colorblock Handwarmers from MadTosh Unicorn tails. The yarn is gorgeous - what stunning colours - but it's single ply so I hope they last! With the leftovers I made a few of these little hearts which actually worked up quite nicely and easily.

e. Actually before I made ^^ those ^^ mitts for Jane I made some Endpaper Mitts. I've had this pattern in my favourites forever it seems, so I decided to use up some leftover sock yarn and make a few pairs. After knitting a pair of these I'm not so keen on the pattern - I don't love the purl "seams" and the knitting was tedious in the extreme.

f and g. In a moment of complete madness I signed up for the Canadian Crazy Train - a sock knitting race that sees participants knit a sock, mail it and the remaining yarn to the next person down the line, then knit another sock to send to another person, and then receive two different single socks with yarn to knit their matches. I've knit and mailed two single socks and expect delivery of my first singleton early next week. The f sock is for Sandra in BC from the pattern "Off the Rails". The g sock is for Leslie in ON from the pattern "Kicking Horse Pass".

h. I also signed up for a Sock Sampler KAL. For January/February the designer is Hunter Hammersen so I've cast on and knit one Inlay sock. I don't know what kind of madness possessed me to choose this one ... I should have known that all those twisted stitches would make for another extremely tedious knit. Oh well, the socks will be beautiful when they're done!

i. And then there's the group I co-moderate on Ravelry... we have a C/KAL running through January and February to knit (or crochet) any of the multitude of versions of Baktus shawls. I cast on a Lacy Baktus yesterday using a DK wool/alpaca blend. As a co-mod I really thought I'd better get going with it! The pattern is extremely mindless and somewhat addictive so this may fly off the needles pretty quickly.

j. Last but not least, I'm trying to get all my WIPs done. Gavin bought me a subscription to the Cookie A sock club for 2015 for my birthday ... first yarn and pattern shipment expected in February! The plan is to finish the cat bed later today - it just needs sewing in of ends and felting.

Phew! Not much blogging but lots of knitting! And hopefully I have a quiet afternoon to catch up with everyone else in the blogosphere! Happy New Year!