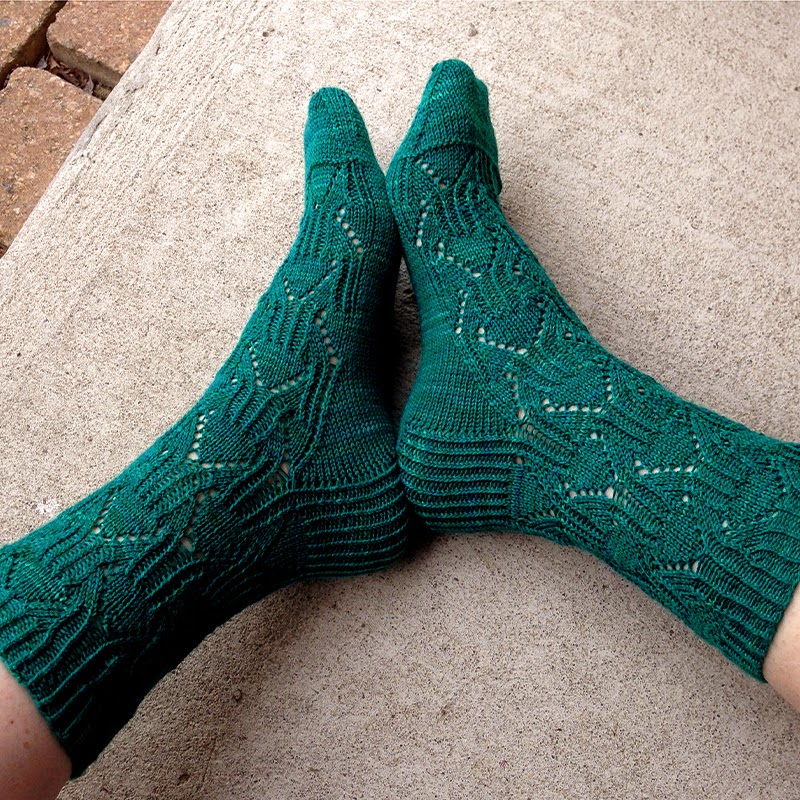 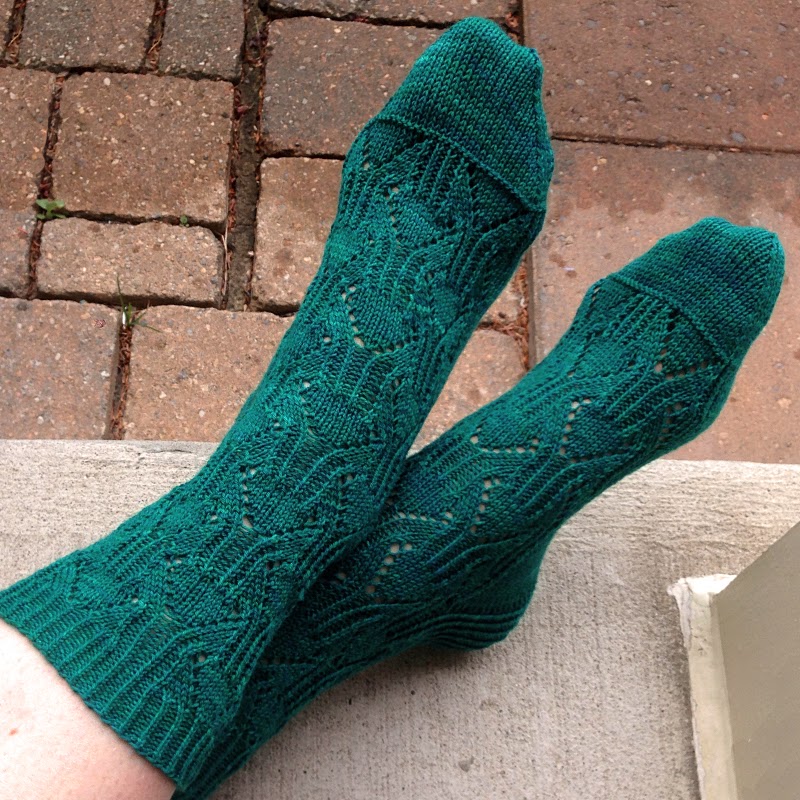 Posted by Minding My Own Stitches at 5:23 PM

I'll admit, I like socks using four DPNs but sometimes, five makes more sense. Then again, I'm the type that will do socks on two circulars :)

Also, I am a saint. But mittens are small :)

Those ones just flew off your needles!

It's funny - I was taught to knit with five dpns, but it wasn't until one broke on me one day and I was making do with four when I realized how much more comfortable it is for me. That's how I almost always knit them now!

Magic loop! I love magic loop! Doing both socks at once is the only way to go for me...

Those MONA socks are lovely!

Again, you amaze me...I still have, I think 5 pair on the needles...I use dpns, usually 4 with a 5th working needle, but I do go down a needle like you on the heel/turning section.

These are splendid socks. They are eye magnets. C-o-v-e-t-i-n-g!!! I have one of Cookie's patterns on my YOP list. I'm hoping smaller needles will give me tighter socks as cuff down tend to run big on my chicken feet.

You certainly can't see the dye issue in the photos. The socks are beautiful. That's a gorgeous pattern. :-)

SO gorgeous! Will have to see if I can find KSL second hand when I go visit the US (in just 3 days - yay), because I'd love to have the print version.

... Otherwise I'll probably end up buying the electronic version when I come home. Those socks are calling to me!

Oh I love those - mind you I love all of your socks. I can't see the dye problem, just looks to have a little variation on my monitor!! Lovely!

I knit socks on four needles also, it's what I find most comfortable and I sure wish I could knit socks as much and as often as you, I may do blankets but socks is not something I've mastered just yet. Mona is nice and you'd probably have enjoyed them more if you'd not just completed the Rumpled but I do love the Gothic ones coming up next!

I am amazed and slightly terrified by the thought of 4 needles let alone 5... But then Im a hooker with just 1 hook...your socks are fabulous and you must create smoke from your needles they come off so fast x

Those socks look lovely in color and design from here. Thank you so much for your advice on the length of socks as I was wondering about it myself. I don't want wrinkles under my feet which would happen if they were too big. You caught me just in time too! Thank you!
Also, I am working with 16 stitches on 2 needles and 32 on the third with the 4th needle being the working needle but I find the 32 stitch needle uncomfortable to get around. I may switch to 5 needles for the second sock with 16 stitches on 4 needles and the 5th needle working. That makes more sense to me. Your tips are wonderful!
Your next Gothic does look complicated but you master everything you attempt....you are my sock knitting role model! So sorry about your sunburn...ouch! Have you tried aloe gel? It's soothing and healing. Down here in the sun belt we know about these things. LOL! I hope it heals soon.

You make the most stunning socks! I hope to be even half as good as you one day! Well done!

Such lovely socks. You knit so fast!

You are the queen of sock knitters. I looked through that book once and just knew I'd never be that good.

The dye job looks just fine in the photo!

I always use 5 dpns. Isn't it funny how we all have our preferences and quirks?