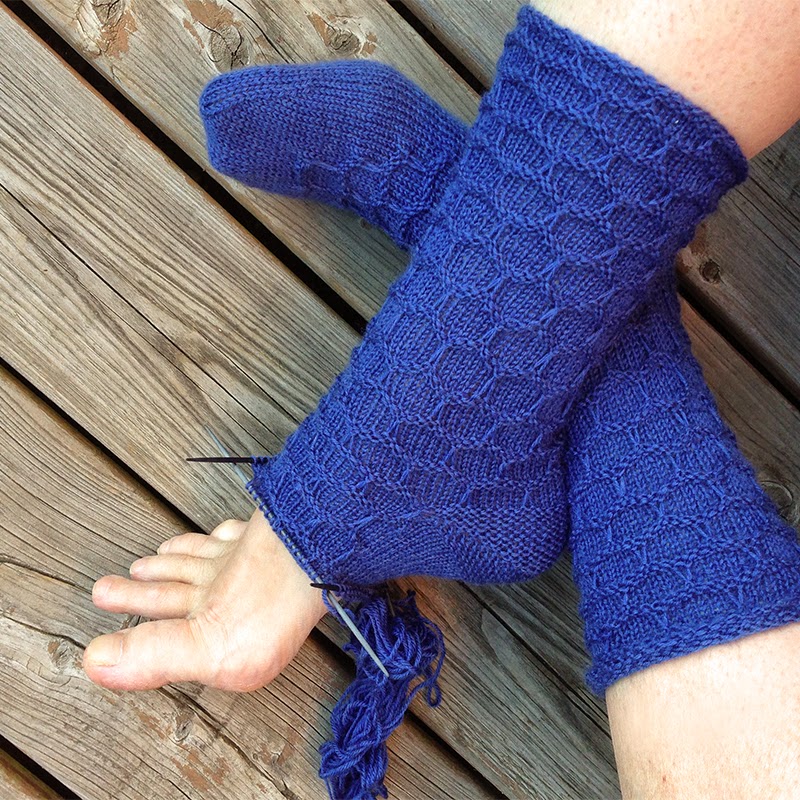 
I thought it'd be a finished pair of socks that I'd be showing you today, but the socks didn't get much love this week. I'm just at the point where the instep pattern starts to narrow on this V Junkie pattern. Not too long now; in fact I expect to finish this pair by sometime tomorrow. 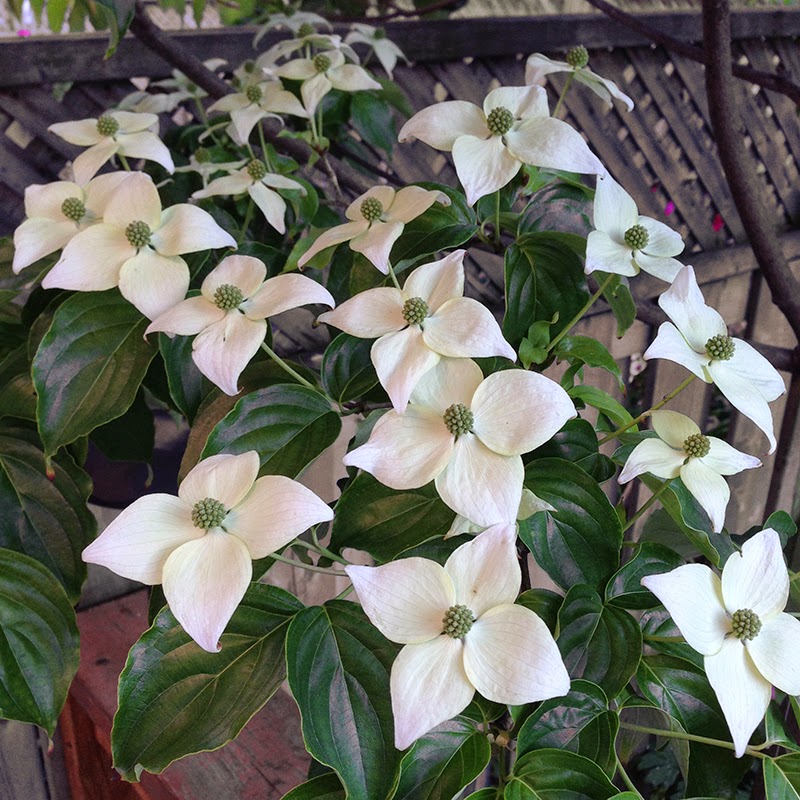 Most of today has been spent in the garden. Slowly but surely I'm clearing out the dead wood leftover from a particularly difficult winter. About 20% of my Barberry bush died off, so I snipped out the dead branches and pruned back the rest to reshape it. Three Yucca plants also didn't make it, so they've been removed. That'll leave space for new growth around the remaining two. Both clematis were wiped out so I dug them out and removed the dead wood from the trellises on the back fence. Almost all of the English Ivy was toast, so that's also been cut back severely, with the dead wood removed from the trellises. The fence looks very bare right now; hopefully the ivy that remains will grow aggressively.

It's not all bad news in the garden though. I feared that I had lost my Japanese Maple, but after a slow start it's about 50% covered in leaves. I'll see how well it does over the summer and then decide if I need to prune out any branches in the fall. And then there's my Spindle Tree. For the last few years I've been fighting an infestation of small black leaf eating bugs ... fighting and losing. I was already tentatively planning to remove it and replace it with something else, but it looks like the hard winter was good for something: the tree survived but the infesting bugs did not!

I'll leave you with a photo of one of the branches of my Chinese Flowering Dogwood tree. This tree has been awesome from day one. It is absolutely covered in blossoms this year. The blossoms are a few weeks later this year because of the never-ending winter and the colder than normal spring, but it's a showstopper these days. Happy summer everyone!
Posted by Minding My Own Stitches at 7:47 PM

Wow - winter was tough on your poor garden - but the dogwood is beautiful!

We had a rough winter here for the plants. It was very, VERY dry and some looked pretty pitiful. Thankfully, it looks like a very wet spring has brought them back. There won't be too much work needed this summer.

Your dogwood is beautiful (as are the socks).

The Dogwood is stunning. Love the colour of your socks.

The winter was not good for you poor garden, hopefully the ivy will grow now and cover up some of the bareness but that dogwood is just beautiful, wow!

It certainly was a tough winter, so kudos to you for getting out and cleaning up your garden!

I still love those socks.

Great flowers for this interesting tree. Sorry you lost that maple. Boo. The socks are lookin' terrific.

It was a rough winter for plants here too. Plants that usually overwinter quite well.....did not. You will be done with that sock in no time....knowing you.
I love that dogwood. I wrote it down for my next and last home....hopefully not "nursing" home. LOL! Big wrap up next week!